ONE STEP CLOSER TO YOUR DREAMS

Surrounded by stunning golden beaches and the estuary of the Ria Formosa Natural Park, Tavira is one of the most captivating cities in the Algarve, with its architecture of classic buildings and pyramid-shaped roofs, charming cobbled streets and squares that invite you to sit and let the time pass. 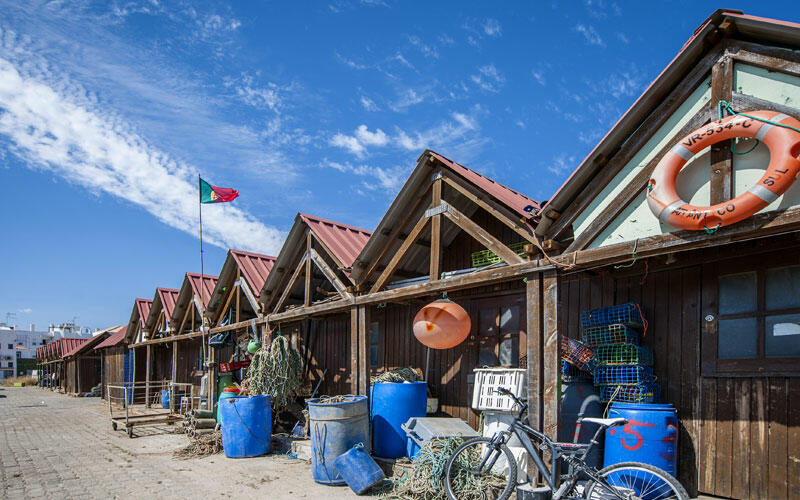 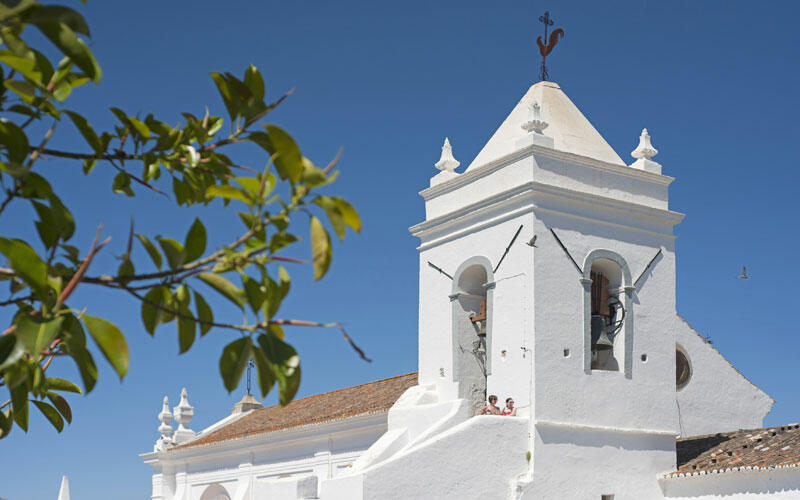 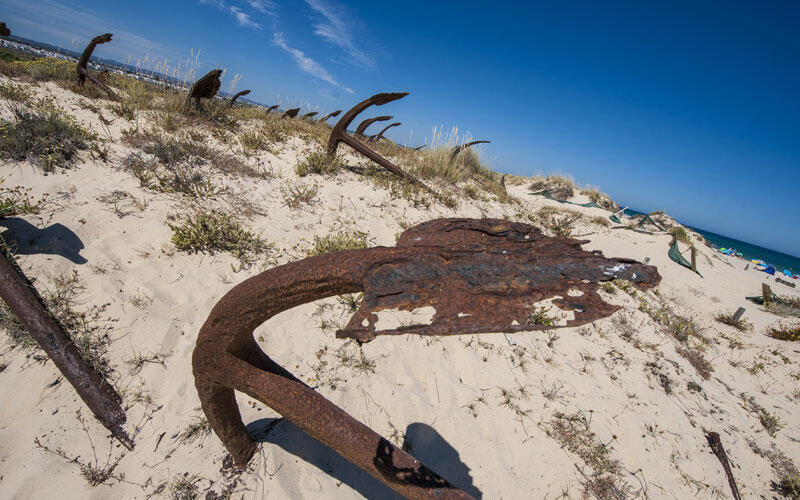 The Gilão River, which before reaching the city takes the name of Séqua, divides the historic city centre in half and is navigated by boats that recall the fishing roots of the ancient village. The two banks of the river are linked by several bridges, for instance the picturesque Roman Bridge, which asks for a mandatory photograph.

Another must see in the Ria Formosa estuary are the beautiful “salinas”, grounds where you can witness the area's ancient craft and tradition which produces the most refined table salt in the country. Apart from the salt flats the estuary houses a rich ecosystem within its beautiful surroundings that is home to numerous species of migratory birds during parts of the year. It is not uncommon to see flamingos, white egrets, spoonbills and many other treading the canals, marshes and sand banks in search of food, or storks that have set their nests in the now abandoned chimneys of the old canning factories. 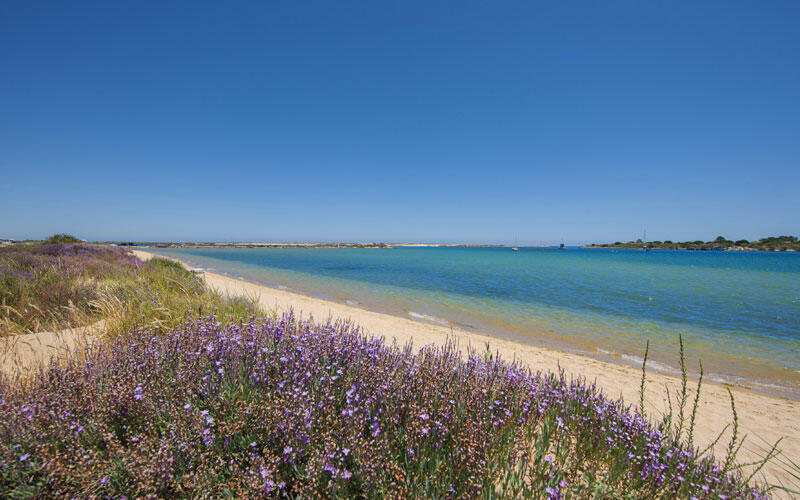 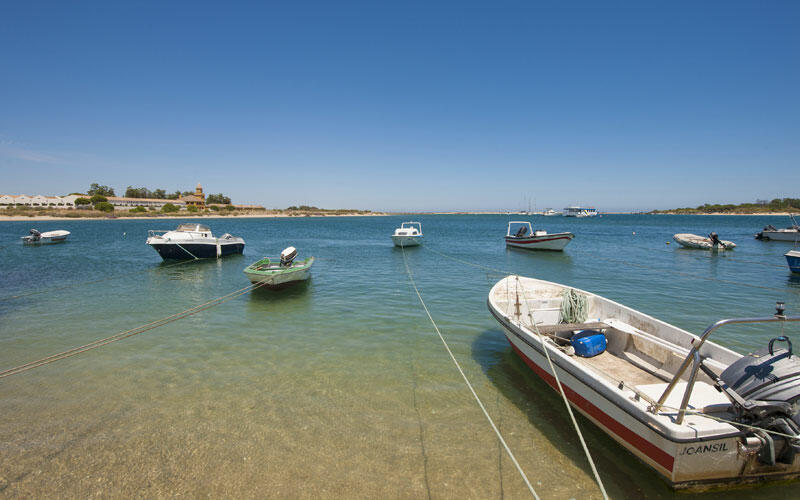 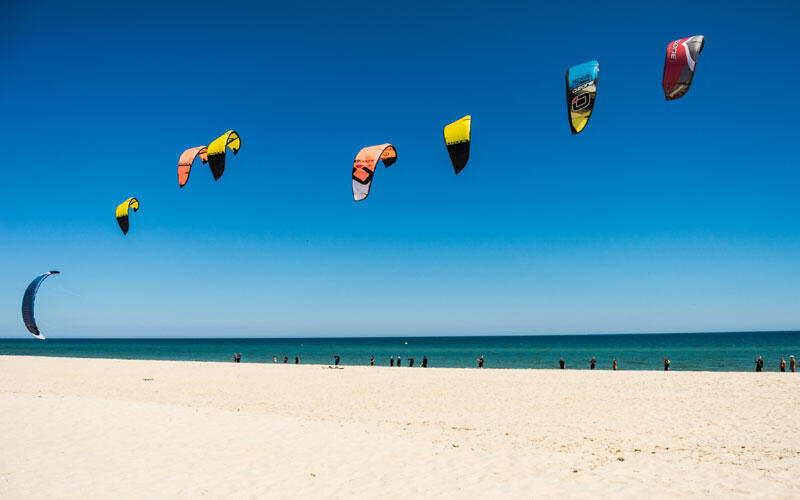 The beaches of Tavira are located passing the estuary, which are undoubtedly a recommendation. Accessible by ferry boats that make a regular crossing, the most popular beach is probably the Island of Tavira, with restaurants, bars and a well-known camping site. The island was elected in August 2020 by the travel magazine Lonely Planet as one of the top 10 Natural Wonders of Portugal, along side the protected Ria Formosa Natural Park, so a double nomination. The neighbouring beaches are Terra Estreita, Barril and Homem Nú, but for those who like to hear nothing but the sound of the waves, a short walk is enough to find quieter areas. Barril Beach in Santa Luzia – a village known as the octopus capital – was once a local tuna fishing community and the abandoned huts are now shops and restaurants. The anchors that were left from the old fishing feet were put to rest on the sand dunes and are known as Anchor Cemetery. Last but not least there is the Island of Cabanas, where many sporting activities take place every day thanks to favourable wind conditions.

The Tavira Cycling Club was founded on August 31, 1979 and has the oldest professional cycling team in the world, in uninterrupted activity.

On December 4, 2013 UNESCO recognised the Mediterranean diet as Intangible Cultural Heritage of Humanity, with Tavira being the representative community for Portugal.

Tavira belongs to the Cittaslow Cities network. Cittaslow is a non-governmental organization established in 1999 in Italy, whose objective is to reduce the speed of life in cities in order to improve the quality of life.

Tavira has repeatedly been in the national ranking of ‘zero pollution beaches’, with the beaches of Cabanas-Mar, Ilha de Tavira-Mar and Terra Estreita. Zero pollution means that, based on data requested from the Portuguese Environment Agency, the ZERO association has identified those beaches that score values of zero or less than the detection limit in all analyses of the two most important microbiological parameters that are assessed for legislation. The aforementioned beaches have all received the rating ‘excellent’ during the past three bathing seasons.

Do you want to know more about the Ria Formosa Natural Park?

Ria Formosa was classifed as a Natural Park in 1987, has an area of around 18 thousand hectares that extends along 60 km of the east coast of the Algarve through the municipalities of Loulé, Faro, Olhão, Tavira and Vila Real de Santo António. It is protected from the sea by five barrier islands and two peninsulas: the Ancão peninsula (known as Faro Island), Ilha from Barreta or Deserta, Ilha da Culatra, Ilha da Armona, Ilha de Tavira, Ilha de Cabanas and the Cacela Peninsula.

A unique lagoon system in constant change, due to the continuous movement of winds, currents and tides. It is a wetland of recognized international value and a privileged habitat for fauna and flora.

In this protected area are found environments such as barrier islands, marshes, sand and mud banks, dunes, salt pans, fresh and brackish ponds, water courses, agricultural areas and forests. This diversity of ecosystems attracts a varied fauna that includes numerous species of birds. One of the rarest is the sultan’s hen, a symbol of the Natural Park, which cannot be found anywhere else in the country.

The Park and specially the area between Olhão and Tavira has also perfect conditions for the growth of oysters, recognized by chefs and food lovers as the best in the country, and much appreciated in the tables of luxury restaurants throughout Europe and the world. 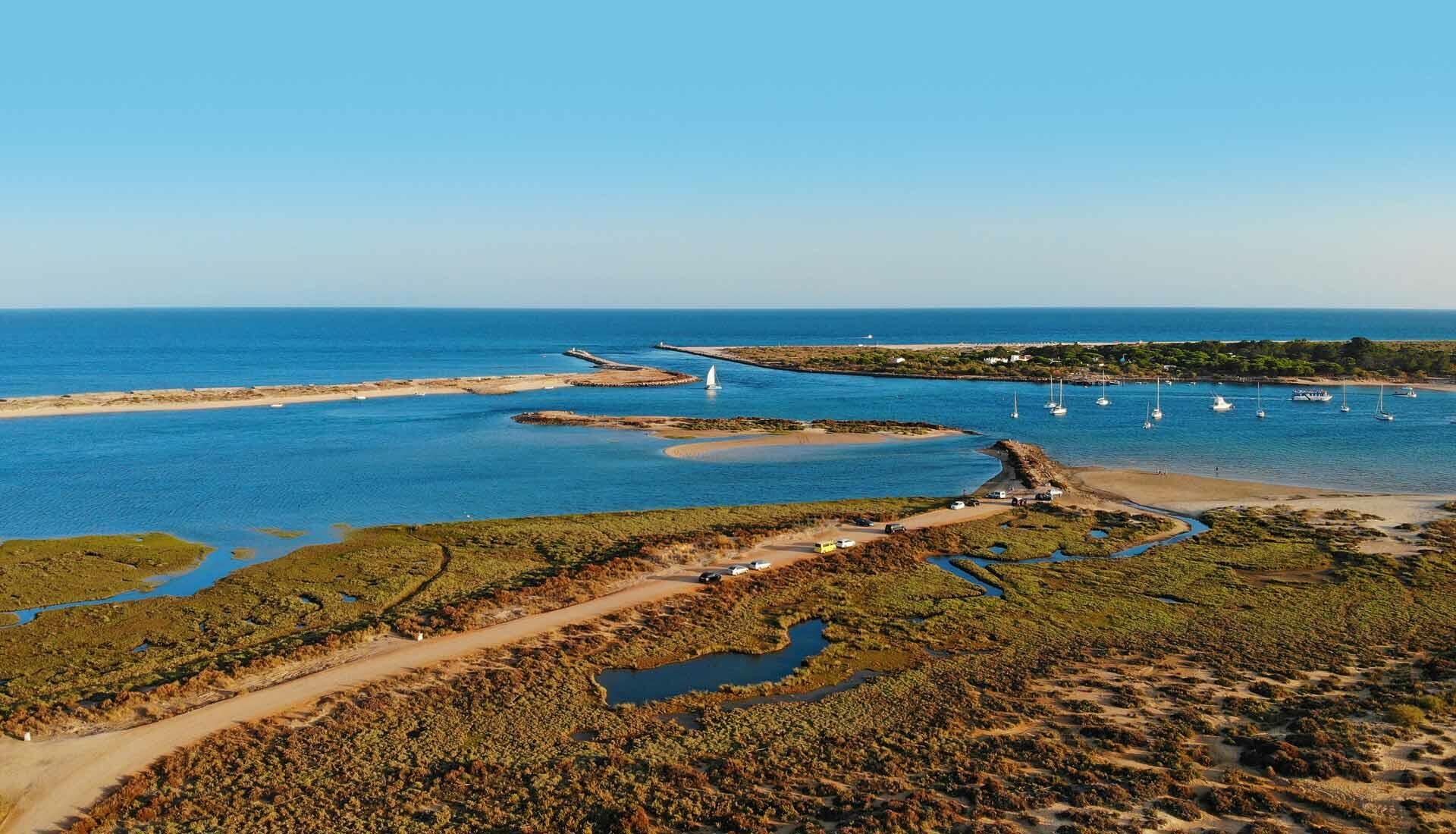 Living in Portugal comes with many advantages, like good weather almost all year round, the delicious and healthy Mediterranean cuisine and lifestyle, welcoming people, security and an overall quality of life. In addition, are also the fiscal benefits of investing in Portuguese real estate.

In 2009, Portugal introduced a range of tax benefts for both EU and non-EU citizens, which made obtaining residence quick, easy, and fnancially lucrative. The aim was to encourage direct foreign investment and thus help get the economy back on its feet after the Global Financial Crisis. It worked, and investors from all over the world are coming to Portugal.

Portugal ofers a selection of attractive advantages for those choosing to invest in property, with favourable tax regulations like the principle of Non Habitual Residents (NHR).

This regulation can allow for tax exemption on almost all income from foreign sources and a fat income tax rate of 20% on the majority of revenue sources, such as salaries. Some other advantages of this special tax regime include tax exemptions on retirement income, inheritance, capital gains income and on dividends and interests.

The NHR is available to all individuals becoming tax residents in Portugal (if they were not a Portuguese resident in the last 5 years) and the status is granted for a period of 10 consecutive years. To be considered a tax resident, one should stay in Portugal for more than 183 days during the relevant fiscal year or have a dwelling in Portugal on December 31 of that year with the intention to hold it as his or her main residence.

If you are thinking in investing in real estate in Portugal and plan to beneft from this incentives, be sure to receive legal counseling as the incentives may vary depending in your personal situation and country of origin. We are available to assist you in the process.